Fixing the Problem at the Source – the Pipestone Water Treatment Plant

The City of Pipestone faced a series of issues with both their water and wastewater treatment systems. The ground water supply used for drinking water contained elevated levels of Gross Alpha, a radionuclide regulated by the Environmental Protection Agency and Minnesota Department of Health as a potential carcinogen. The existing facility, constructed in 1919, had no treatment capabilities and was limited in its ability to be modified due to being a historical site.

The wastewater treatment system was under a compliance schedule to reduce the high level of chlorides, salty water parameters, and dissolved solids found in the treated wastewater discharged into the environment. Chlorides, salty water constituents, and total dissolved solids (TDS) in the wastewater are not typically removed during wastewater treatment and are naturally found in waters with high levels of hardness, as found in the Pipestone area. After trying to develop a solution at the wastewater facility, it was discovered that the most economical method for removing these minerals would be to upgrade the water treatment system to provide water softening at the source. Treating the issue at the water level instead of wastewater provided many additional benefits to the city. 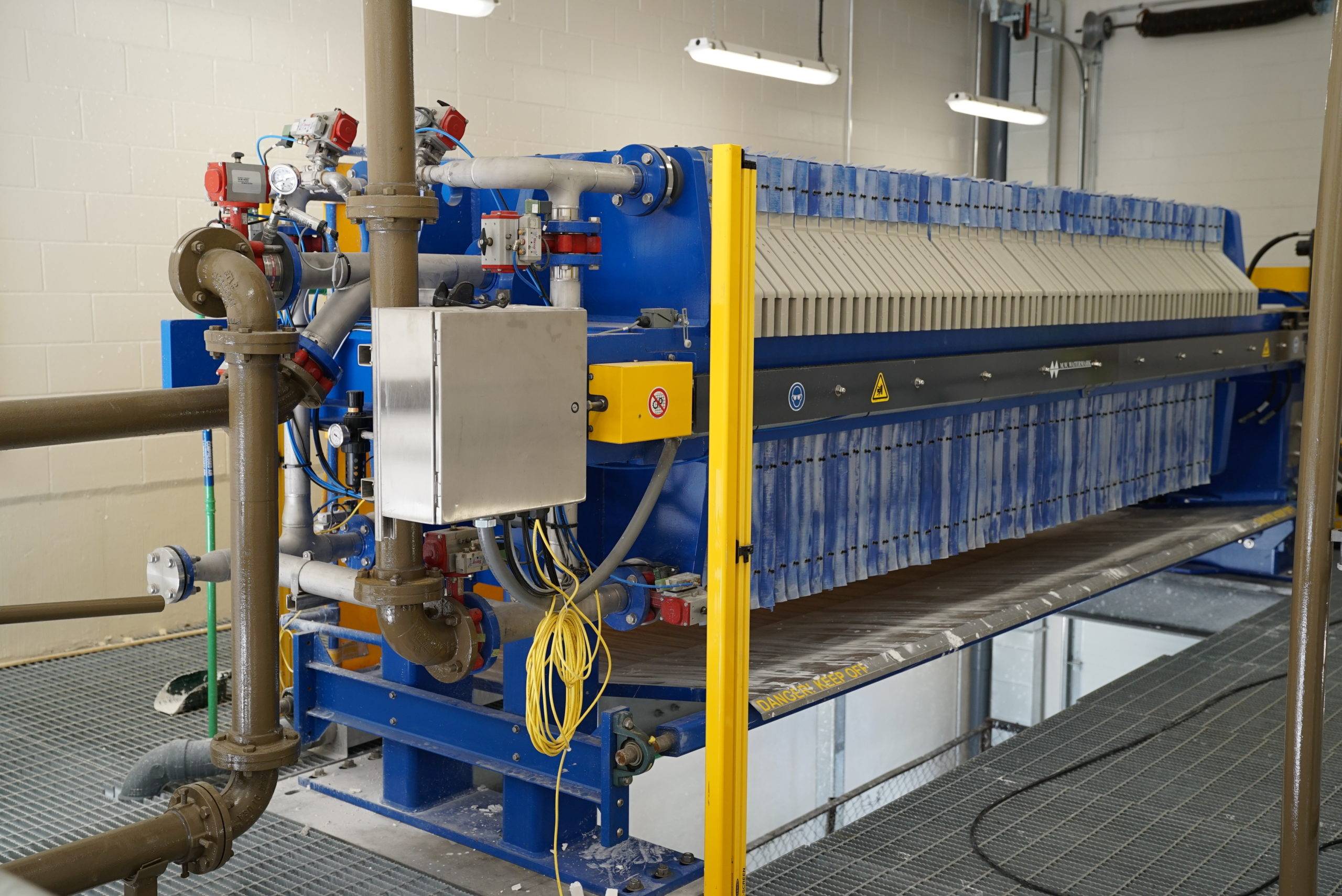 requirements of both the drinking water and wastewater. In order to provide a softened water to the system consumers with removal of the radionuclides and enable chlorides and TDS limits in the wastewater discharge to be lowered, a lime and soda ash softening treatment facility was designed and financing applications were submitted. Bolton & Menk worked with the city to develop construction plans and access funding for the project through the State of Minnesota Public Facilities Authority. With the project impact on reducing chlorides and salty water discharge in the wastewater, the city was also eligible for the maximum Point Source Implementation Grant which was previously only applied to wastewater infrastructure.

The city found a site on the northern edge of town and plans for a 1,200 gpm lime and soda ash softening treatment facility were developed. The water softening and soda ash plant was built as a drinking water facility with a direct impact on wastewater discharge. Generally, a wastewater issue is fixed by building a standalone wastewater plant. When Pipestone was able to pick up the wastewater grant in 2016, after the wastewater standards changed, it gave Bolton & Menk the opportunity to address both water problems with one project. With the new lime and soda ash plant in Pipestone, the city benefits from healthier drinking water and the softer water will have a large impact on local businesses. Pipestone’s concentration of hardness as calcium carbonate was one of the highest in the area, causing significant mineral backups in water pipes and heating systems. By treating the water at the source, local businesses will save a substantial amount of money in repairs, maintenance, and/or replacement of appliances.

By looking at the problem at a different angle and not focusing on the obvious solution, the City of Pipestone was able to solve two water problems with one solution. Not only does Pipestone now meet the new standard for wastewater, but the calcium magnesium hardness has been significantly lowered and radionuclides have been removed from drinking water. Pipestone also has a brand-new water campus and was able to turn the existing historical water facility into functional spaces.