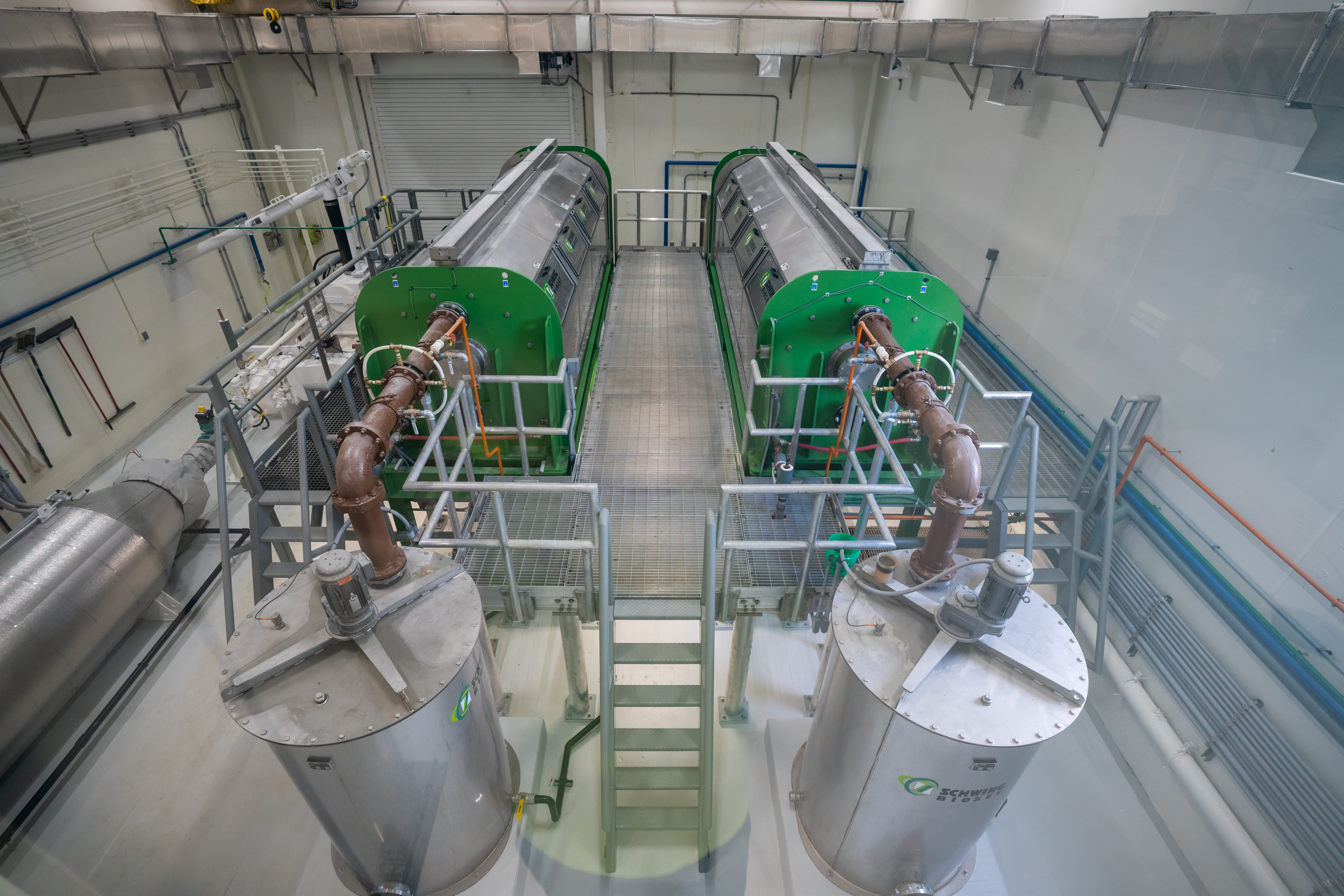 Ten Pounds in a Five Pound Bag: A Biosolids Story

The City of Northfield experienced a catastrophic fire in their biosolids treatment building on May 29, 2018. The fire is believed to have started in the pasteurization vessel and damaged the entire biosolids treatment process along with other equipment. HVAC ductwork and odor control vessels were severely damaged by the heat and smoke with the walls and ceiling stained black from the smoke and soot. Thankfully, only the biosolids building was damaged and all other buildings and treatment processes were not harmed. The adjacent finished biosolids storage building had minimal smoke damage. 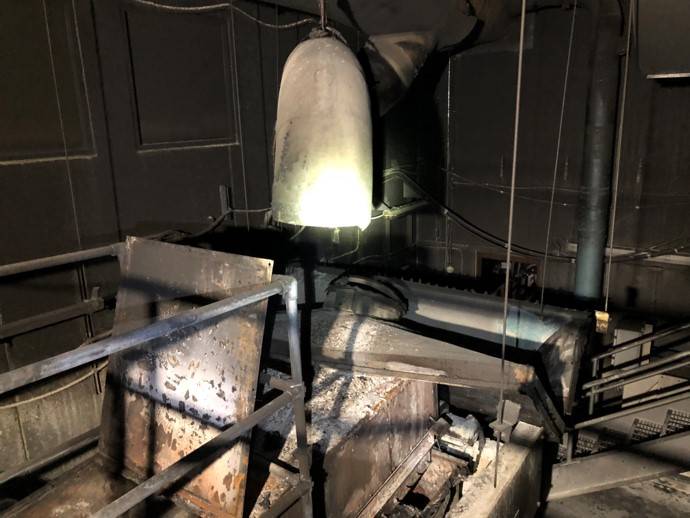 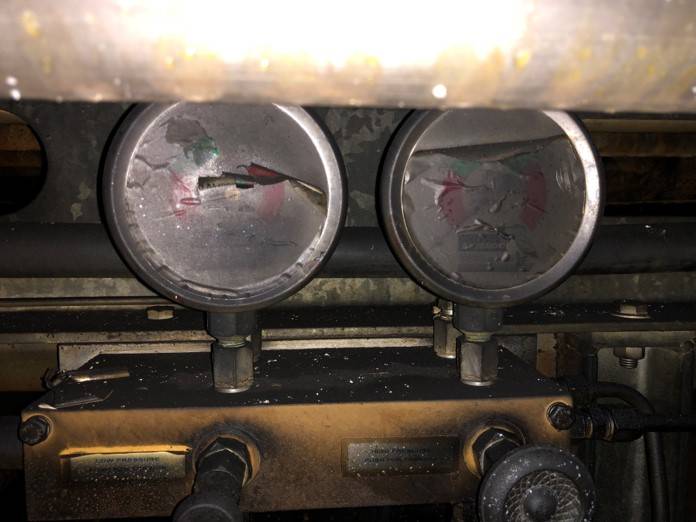 Interior inspections began immediately, revealing severe damage to both the building and existing equipment. Structural engineers investigated the building and determined there was no significant structural damage. A State of Emergency for the biosolids system was declared, allowing the city to move quickly to determine how to proceed for both interim and long-term fixes.

Many decisions had to be made quickly to keep the treatment process operating and meeting limits. The city still produced 45,000 gpd of biosolids and needed a place to put it. Northfield has limited storage as the aerated storage tank is located below the biosolids processing building. The city was still able to pump to the storage tank but could not aerate or pump anything away from the tank. The city decided to pump liquid biosolids and haul to any facility that had capacity for additional product. The biosolids were hauled using 7-10 tanker trucks a day to other local municipalities. While this worked temporarily, hauling liquid biosolids is expensive and the city needed to find an interim treatment option.

Twenty-one days after the fire, the City of Northfield rented a temporary biosolids treatment system from Schwing Bioset that included a screw press, polymer feed system, lime feeder, Schwing Bioset reactor, and a discharge chute. This temporary equipment required new piping for the biosolids feed and a 7,500-gallon temporary tank to be installed, allowing a constant feed of biosolids into the temporary system. In the meantime, the city worked with Bolton & Menk to put together plans to install temporary biosolids equipment. The temporary unit was installed where the finished product was previously stored.

In October 2018, the City of Northfield hired a contractor to start removing the contents of the fire-damaged building. The contractor removed essentially everything from the building in approximately three weeks; belt presses, biosolids processing equipment, two odor control units, chemical feed equipment and tanks, electrical conduit and wiring, as well as lights. Structural engineers determined two wall panels on each end of the building could be fully removed without structurally compromising the building to help remove the old equipment and bring in the new. Once all the equipment was removed, the building was cleaned to remove the smoke and soot from the walls, ceilings, and floors. Temporary walls of 2 x 6’s and plywood with insulation were installed to seal the building. 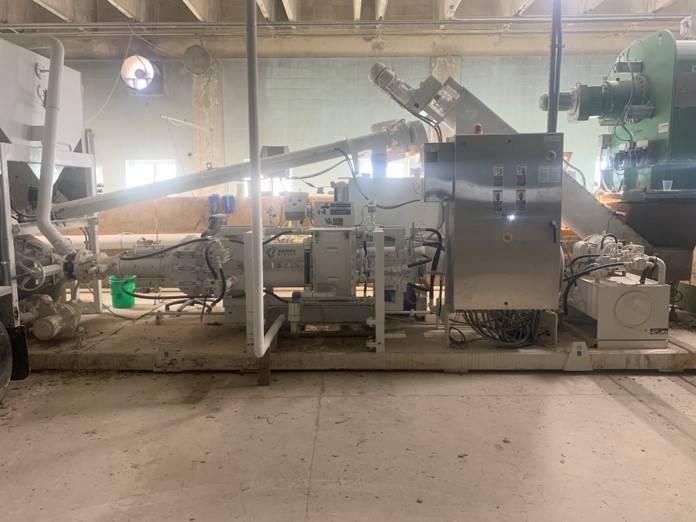 Bolton & Menk started the design to place the new equipment in the existing building. The design process was tricky as the new equipment needed to fit within the existing building footprint and meet the various structural limitations. With the biosolids storage located beneath the building, there were restrictions on what could be placed on top of the storage tank. This required precise placement of the heavy screw presses to ensure they were not located directly on top of the storage tank top slab. The plans and specifications were only for the installation of the equipment as the city was procuring the major pieces of equipment (screw presses, Schwing Bioset unit, odor scrubber, and chemical feed equipment). Through the design process, layout meetings were conducted with the city and meetings with the building official to work through any code-related items.

Start-up and commissioning of the equipment began in late-March 2020 and continued through mid-April 2020. Once the new equipment was running and producing a Class A product, the contractor dismantled the temporary biosolids equipment and removed it from the site in mid-April. 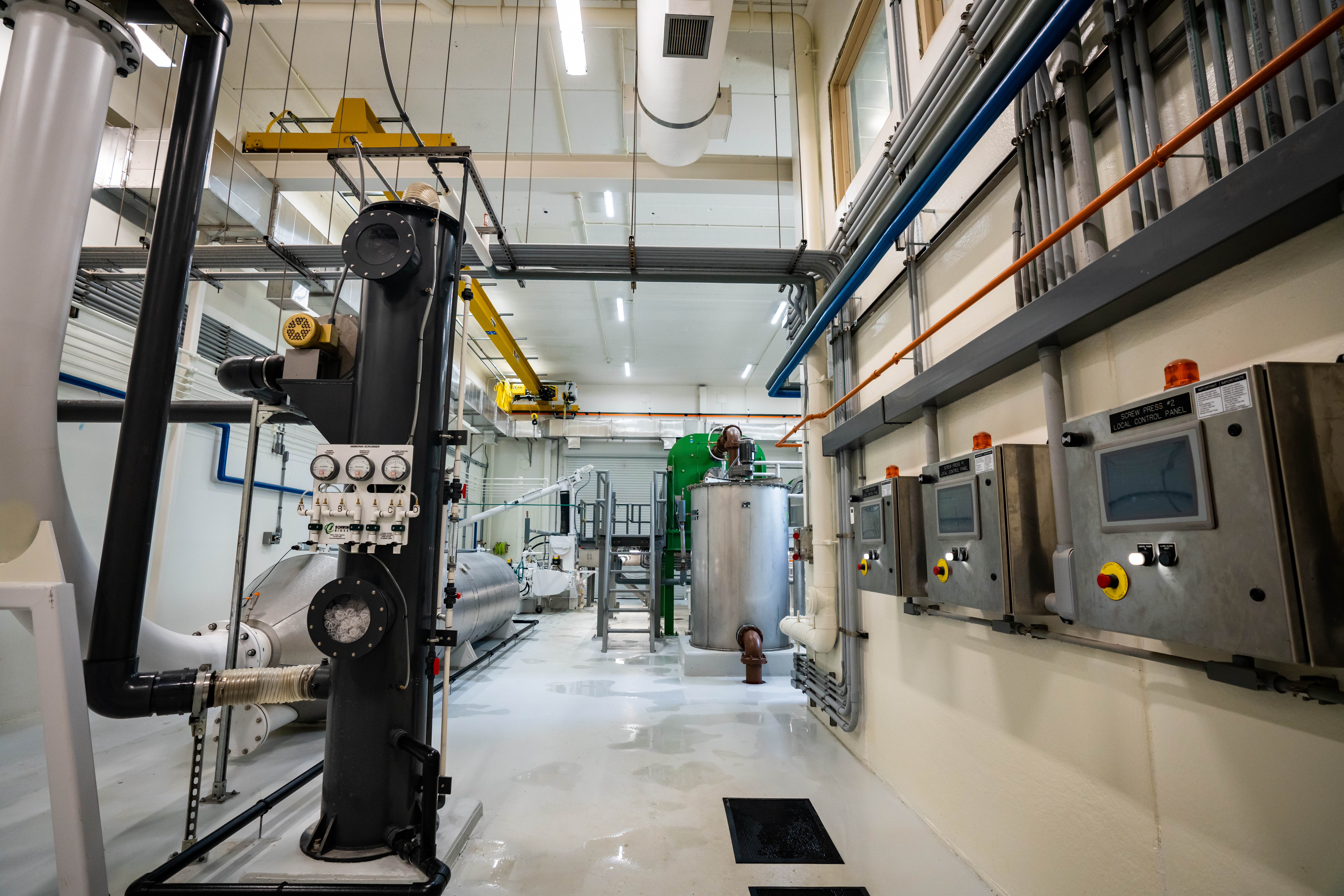 In under two years, the city had to deal with a complete loss of their biosolids system, run a temporary system, remove damaged equipment, and install a new Class A biosolids treatment process within the existing building footprint. They were able to do all of this and maintain treatment throughout the entire process which is a testament to the work and flexibility of city staff.

As published in The Wastewatcher.