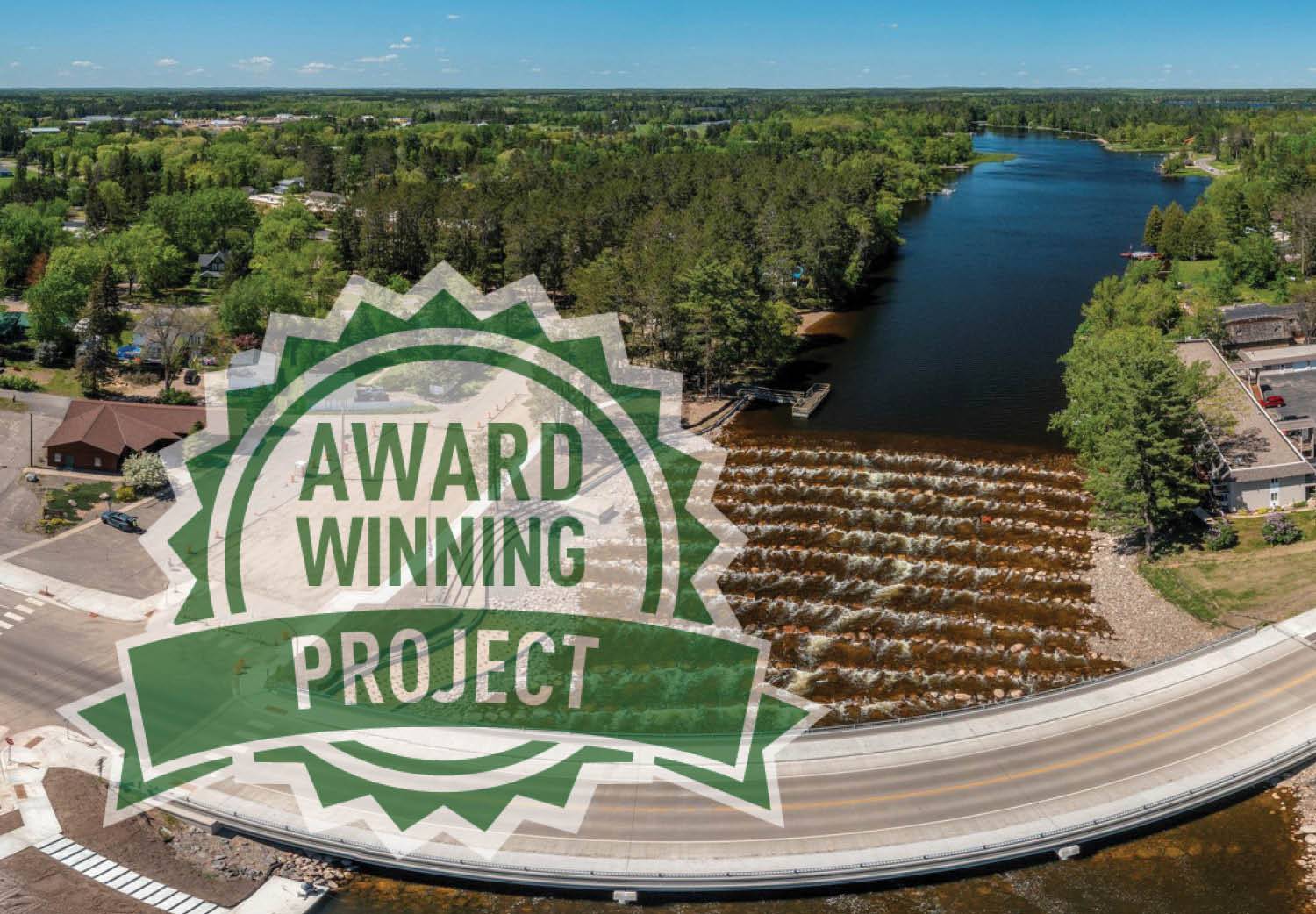 The City of Pine River’s Norway Lake Dam Rock Riffle Preliminary Feasibility Study was awarded the 2022 MnAFPM Project of the Year Award. This award recognizes a project which has helped reduce flood risk in Minnesota. The City of Pine River was presented the award on Thursday, November 3 at the MnAFPM Conference.

The Pine River dam, built in 1910, created a reservoir within Pine River including the 500-acre Norway Lake. Trunk Highway 84, which was built on the dam embankment, included a concrete bridge to span the spillways of the dam. The dam was classified as high-hazard and was also a significant fish barrier. The primary goal of the Pine River project was to remove the high hazard dam and replace it with rock rapids to improve public safety, reduce flood risk, and reestablish aquatic organism connectivity.

In 2022, the dam was removed and replaced with a rock-arch rapids by the City of Pine River. Replacing the high hazard dam with a rock riffle enhanced fish passage, biological connectivity, habitat, safety, aesthetics, fishing, and recreational access to the river. The riffle pools and channels enhanced recreational opportunities for wading, fishing, paddling, and other water-based fun. This work restored fish passage and connectivity between the Whitefish Chain of Lakes and reconnected 134 lakes (11,338 acres) and 80 miles of river and stream corridors benefitting fish, mussels, and many game and non-game animal species. Water levels up and downstream from the rock arch rapids will be similar to levels that would have resulted from operation of the gated spillways of the dam — however the hazard and flood risk due to potential breaching of the dam during a flood is greatly reduced.

The city sought a concept that would maintain the reservoir, preserve and increase recreational functions, and have lower capital and long-term maintenance costs.