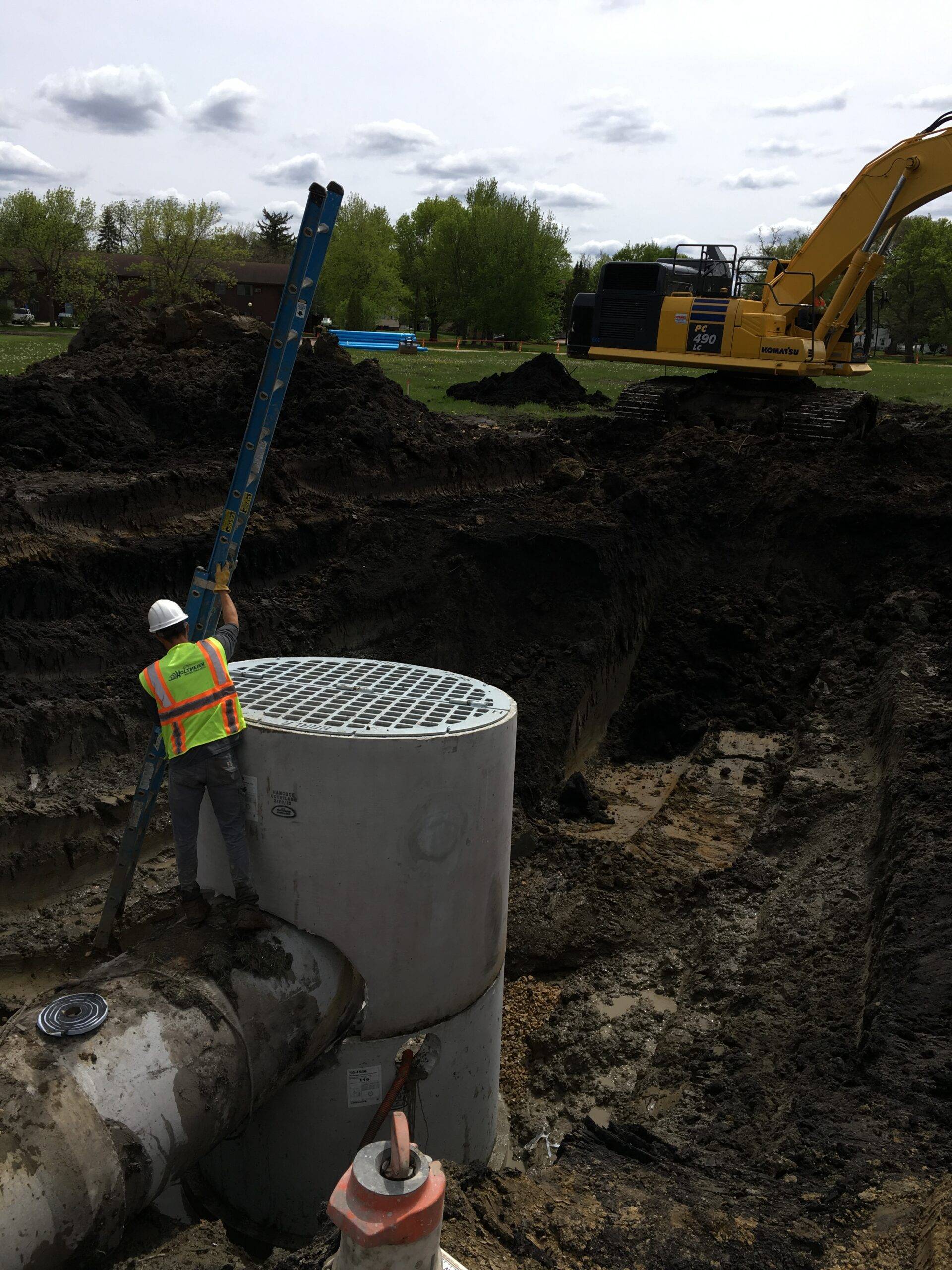 The American Council of Engineering Companies of Minnesota (ACEC-MN) recognized the City of Winnebago’s Northwest Infrastructure Improvements project with a 2020 Honor Award. The Engineering Excellence Awards Program recognizes engineering achievements that exhibit the highest degree of merit and ingenuity.

The City of Winnebago’s aging storm sewer and sanitary sewer systems left residents with flooded basements and homes beginning in the early 1980s. The preliminary design of this infrastructure project was developed in 2014 to identify the lack of drainage and cross connections. The lack of connections caused the sanitary sewer system to be hydraulically overloaded in a 1-inch or higher rain event. The city installed accessory pumps at various manhole locations to remove excess water from the sanitary system by pumping it on the ground to avoid property flooding; however, the lack of drainage led to untreated raw sewage being pumped into low areas and lawns—a severe health and safety concern. 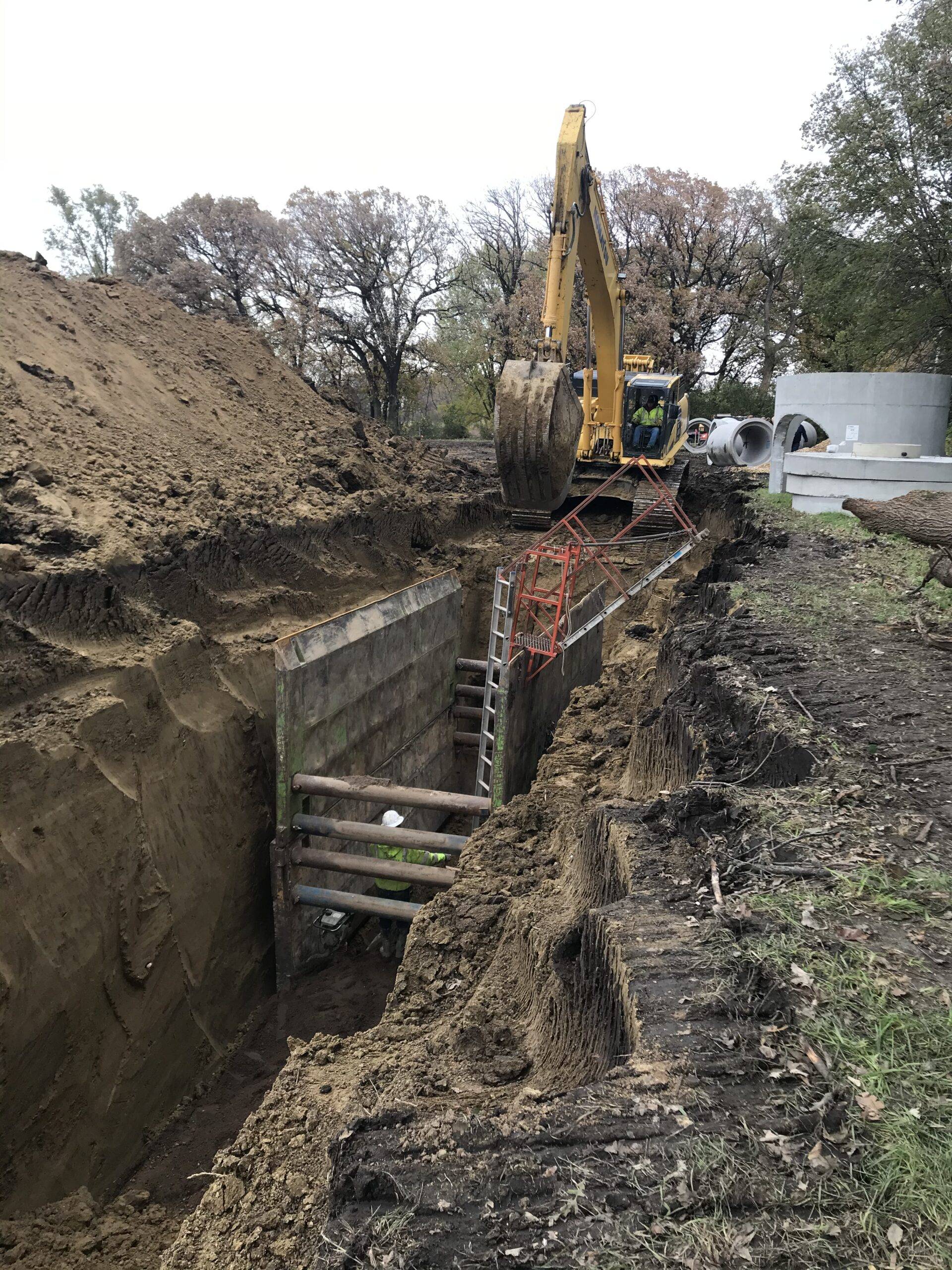 Two storm sewer systems were installed to quickly and efficiently move water away from the area while removing any cross connections that affected the sanitary sewer system. The secondary outlet contained a 54-inch diameter pipe that went down a 100-foot-long hill into the Blue Earth River. 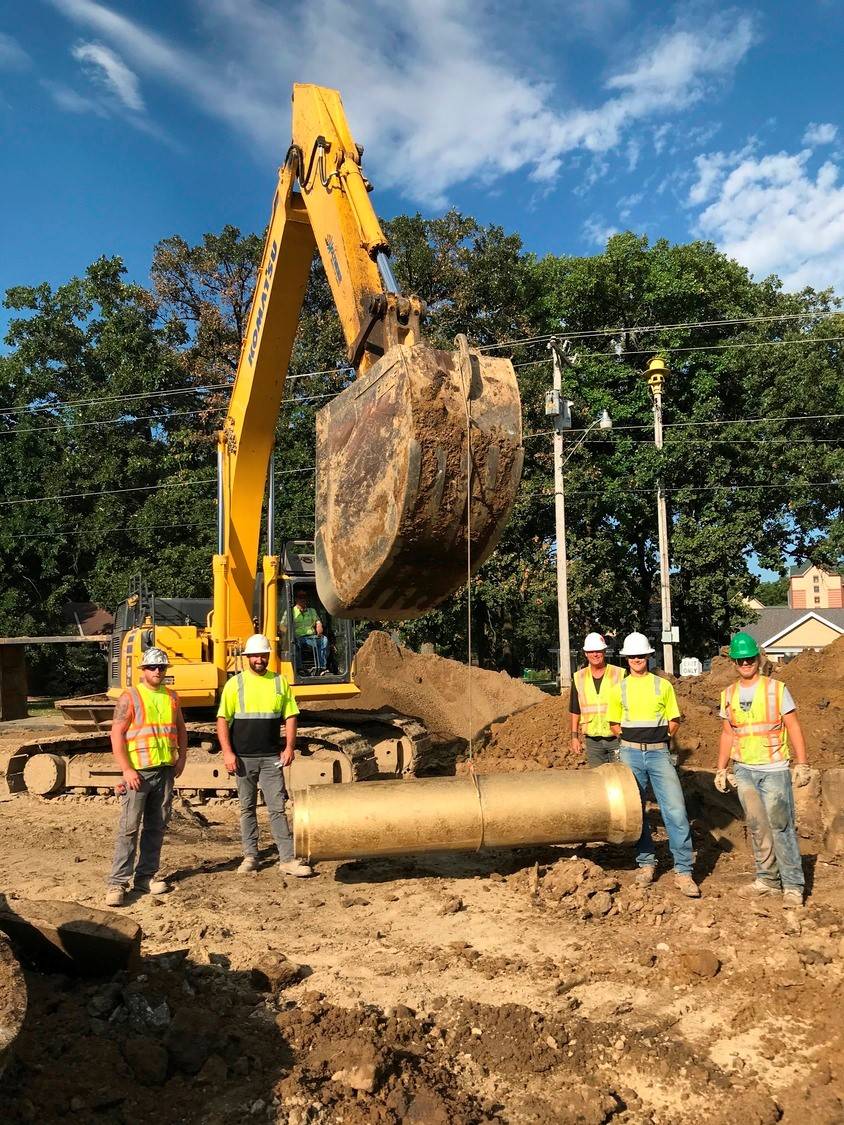 Construction of these systems was completed ahead of schedule and the project stayed within budget. The new systems greatly reduced flooding in the northwest area of the city, improving both health and safety to residents and property.