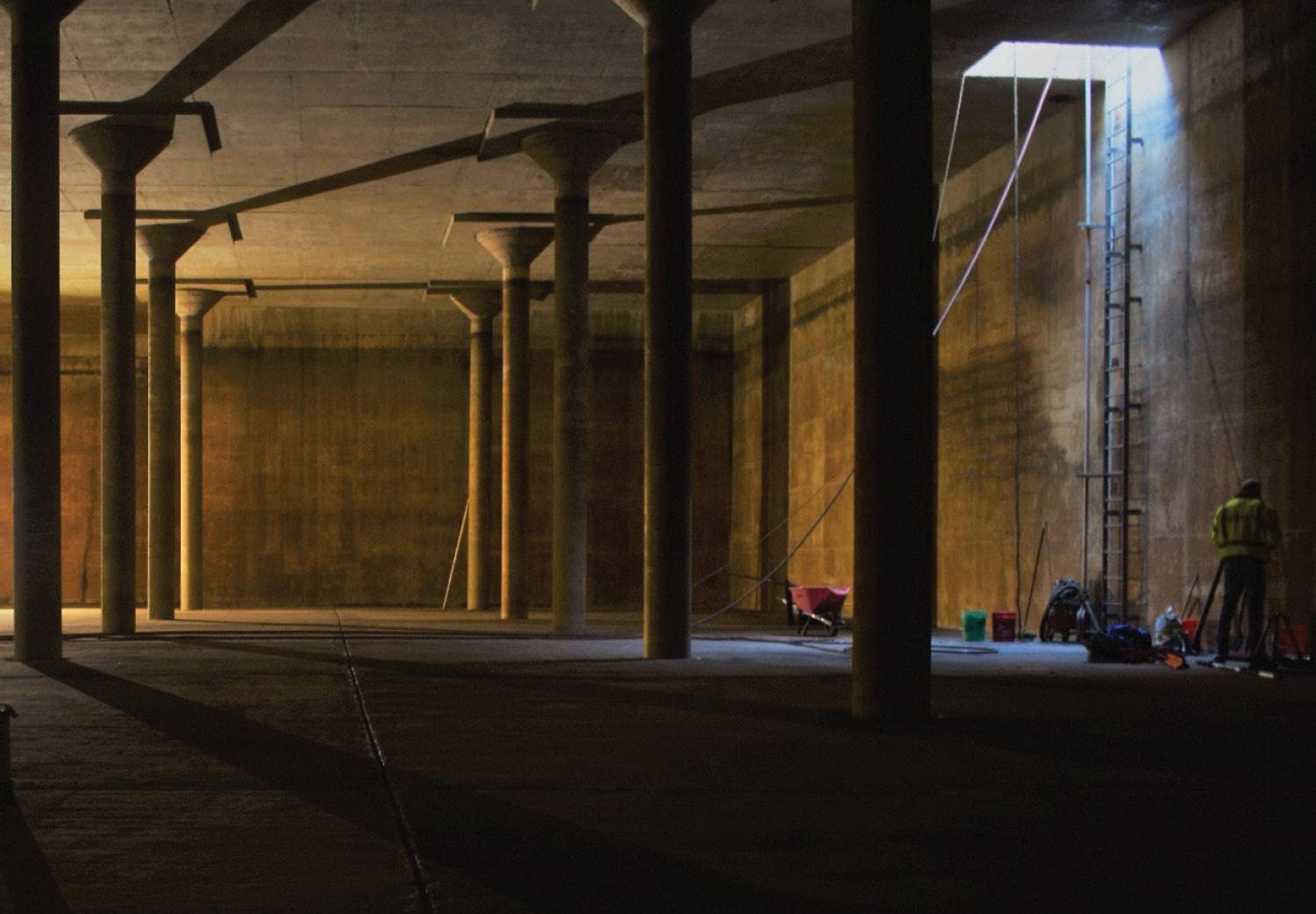 Formed in 1963, the Joint Water Commission (JWC) is responsible for providing water to the Cities of Crystal, New Hope, and Golden Valley. This water is purchased from the City of Minneapolis and distributed to various storage reservoirs owned and operated by the JWC. In the spring of 2020, one of the storage reservoirs in Golden Valley was completely drained to inspect and seal existing cracks in the concrete reservoir. This work provided a unique opportunity to get equipment in this rarely seen piece of public infrastructure. This particular reservoir holds 4.75 million gallons of potable water and is located about three miles west of downtown Minneapolis.

Bolton & Menk’s Reality Capture Team made confined space entry into the emptied reservoir and utilized a variety of technologies to document conditions within the structure to create a model and point cloud.

A Leica RTC360 laser scanner was used within the reservoir, precisely capturing a scanned surface of the internal concrete structure at a rate of 2 million points per second. Multiple laser scan setups were used to capture every surface and crevasse of the interior. The processed point cloud from this capture serves as an as-built of the reservoir that can also be used for visual inspection and condition assessment, after the reservoir has been filled and returned to service. It also allows city staff to take accurate measurements, and with the point cloud tied to an aboveground survey of the green space over the reservoir, accurately locate features in the reservoir above and below ground.

Bolton & Menk used 360-degree photography to capture spherical photos within the interior of the reservoir. These photos were then mapped and used to create a virtual representation of the reservoir, allowing viewers to explore the structure from the comfort of their desk or mobile device or become virtually immersed in the reservoir using VR Goggles, all from the same platform.

Bolton & Menk’s Reality Capture Team collected imagery that can also be used to inspect conditions and features within the reservoir, which is now filled with water and inaccessible. The deliverables generated by these reality capture technologies provide the JWC with three dimensional and precise as-built models that can be referenced for years to come.

To learn more about the reality capture technologies used, and view videos on these processes, click here.

Michael joined Bolton & Menk in 2016 as an engineer technician. He is involved in numerous phases of municipal construction projects, from plan production to GIS web mapping of project record plans. His responsibilities include street and drainage improvements, city reconstruction, and residential and commercial developments. He loves being involved in projects that ensure a community will be safe and sustainable.