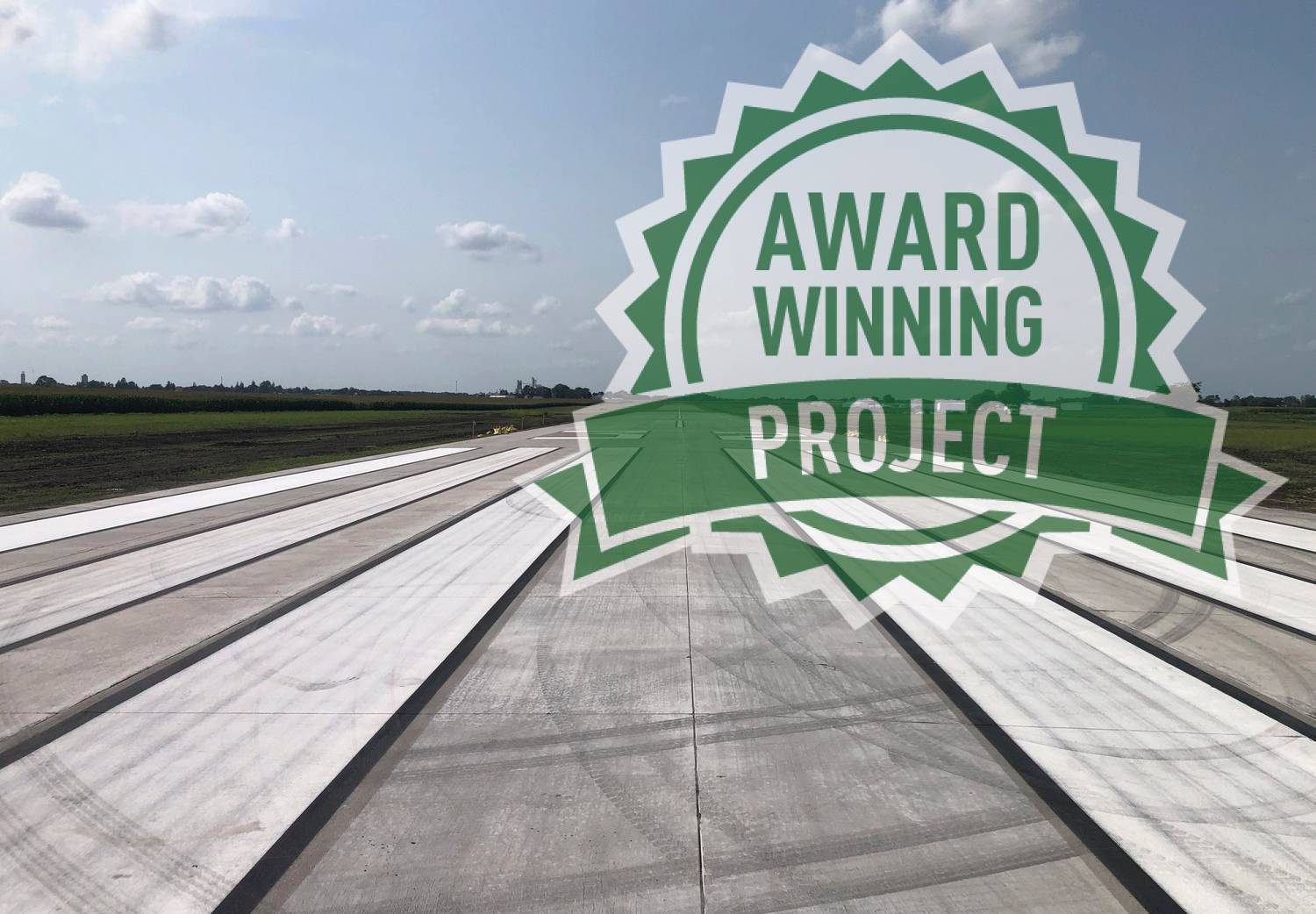 The Iowa Concrete Paving Association and the Iowa DOT have selected the Jefferson Municipal Airport Runway 14/32 Extension project as the Concrete Paving Awards recipient in the Reliever/General Aviation Airports category. This award is presented to Iowa contractors and contracting authorities for the most outstanding PCC pavement projects constructed in the past season. The awards ceremony was part of the 58th Annual Concrete Paving Workshop and was held February 3, 2022, at the Airport Holiday Inn, Des Moines.

Jefferson Municipal Airport’s existing runway had seen an increase in aircraft size over the last several years and the lack of runway length was becoming an issue. Runway 14 (northwest) threshold was too close to the paved highway running along the north side of the airport. It needed to be moved 100 feet further from the highway to meet current FAA standards. Working with the City of Jefferson and FAA staff, Bolton & Menk secured supplemental funding to extend the existing runway and relocate an existing county road directly south of the runway. As part of the runway extension, the north (Runway 14) threshold was relocated and the runway extended 900 feet, lengthening the runway from the previous length of 3,200 feet to the final length of 4,000 feet.

All phases of this project were completed by the fall of 2021, and included design and construction of the pavement, lighting and PAPIs for the new extension, relocation of lighting and PAPIs on the north end, and re-lighting and re-marking of the entire runway. All lights are LED to save the airport operational costs. The relocation of both thresholds and installation of new PAPIs required Bolton & Menk staff to work closely with the FAA to develop new approach procedures.

To minimize the length of time the airport was without an operational instrument approach, proper coordination with the FAA was critical to complete the project within budget and with minimal impacts to existing airport operations.